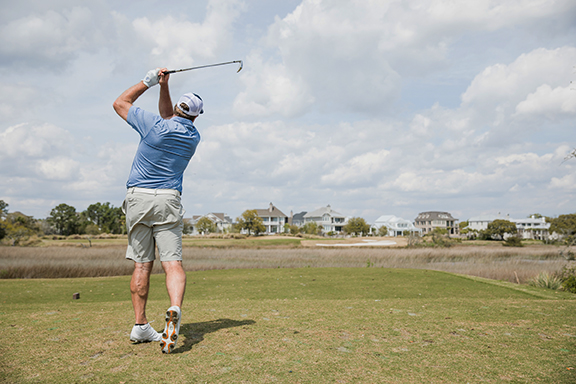 The annual NEEDTOBREATHE Classic is moving forward this year. Organizers are committed to supporting nonprofit OneWorld Health in its work providing quality, affordable health care to underserved communities in East Africa and Central America throughout the COVID-19 pandemic.

The golf tournament will take place on Monday, March 15 at the Daniel Island Club. Last year’s springtime event was canceled because of the coronavirus pandemic.

“Even though things look a little different this year, we’re excited we can host the tournament,” said Britt Gilbert, founder of Commonwealth Cares Foundation, which organizes the annual event. “Coming together to raise money for an organization like OneWorld Health has never been more important. Over the last several months, they have shifted their model to ensure all patients have access to care, communities have needed information, and local staff have the resources they need. We are happy to do our part supporting health care for communities in need – especially during a global pandemic.”

Organizers are making some changes to ensure a safe event for everyone involved. No celebrity golfers will participate this year and there won’t be an after-party concert. NEEDTOBREATHE band members Bear Rinehart, Seth Bolt and Josh Lovelace are planning to attend the tournament to greet golfers and take photos in a socially distanced and safe manner.

Golfers will receive a gift bag. Food and beverages will be provided.

The event proceeds support Charleston-based OneWorld Health as it empowers communities around the world to achieve long-term improvements in health and quality of life. The 2019 NEEDTOBREATHE Classic raised a record $300,000. In total, this event has brought in $1,199,000, helping to provide 400,000 people with quality, affordable health care through the work of OneWorld Health.

Anyone interested in playing in the tournament can purchase a standard foursome for $2,500 or a celebrity foursome for $5,000 (instead of playing with a celebrity this year, golfers receive a VIP gift bag). Register at www.commonwealthcares.org.

The event will follow all COVID-19 safety protocols for a golf tournament.

ABOUT COMMONWEALTH CARES FOUNDATION
Founded in 2007 as a 501(c)(3), Commonwealth Cares Foundation is the charitable arm of Commonwealth Financial, a Daniel Island-based comprehensive financial services firm with a division focused on providing financial planning services to physicians and the medical community. The firm brings a values-based philosophy, offering clients independent advice through a consultative, team-oriented approach. For more information, visit commonwealthcares.org.

ABOUT NEEDTOBREATHE
GRAMMY® Award-nominated NEEDTOBREATHE have mounted a steady ascent to the top of the charts and packed arenas everywhere. Formed in 1998, the group attracted a loyal grassroots following with their full-length debut Daylight [2006] and its follow-up The Heat [2007]. Two years later, The Outsiders became their first Top 20 entry on the Billboard Top 200 before eventually going gold.

During 2011, The Reckoning landed at #1 on the Billboard Top Rock Albums Chart and #6 on the Top 200. In addition to bowing at #3 on the Top 200, 2014’s Rivers in the Wasteland yielded the platinum-selling Hot 100 hit “Brother” [feat. Gavin DeGraw] and “Multiplied,” which garnered their first GRAMMY® nod.

Meanwhile, H A R D L O V E [2016] marked their highest chart bow yet, debuting at #1 on the Billboard Top Current Album Sales Chart, as the title track “Hard Love” [feat. Andra Day] scored a gold plaque. Along the way, they headlined and sold out iconic venues such as Red Rocks Amphitheatre, The Greek Theatre, and Ryman Auditorium, to name a few.

The group picked up a pair of nominations at the Billboard Music Awards, and received praise from People, Rolling Stone, Forbes, and more. Now, NEEDTOBREATHE reflect the freedom of youth on their seventh full-length offering, Out of Body [Elektra Records/Centricity Music] over a rich soundtrack of soulful rock with stadium-size scope and poetic intimacy. For more information, visit needtobreathe.com.

ABOUT ONEWORLD HEALTH
Our vision is to see impoverished communities take ownership in a sustainable healthcare model, so that they become empowered to bring about long-term change and tangible improvements in their health and quality of life. Our mission is to provide quality, affordable healthcare to people in need. We have developed a model that provides affordable health care to the communities who need it most and does not require ongoing support to keep the doors open. Each OneWorld Health medical center offers a full scope of healthcare services to the community, delivered by trained nationals and offered at a price point that is affordable to the overwhelming majority of the population. Patient fees offset the costs of running the clinic, eventually meeting or exceeding the total monthly operating costs. For more information, visit oneworldhealth.com.